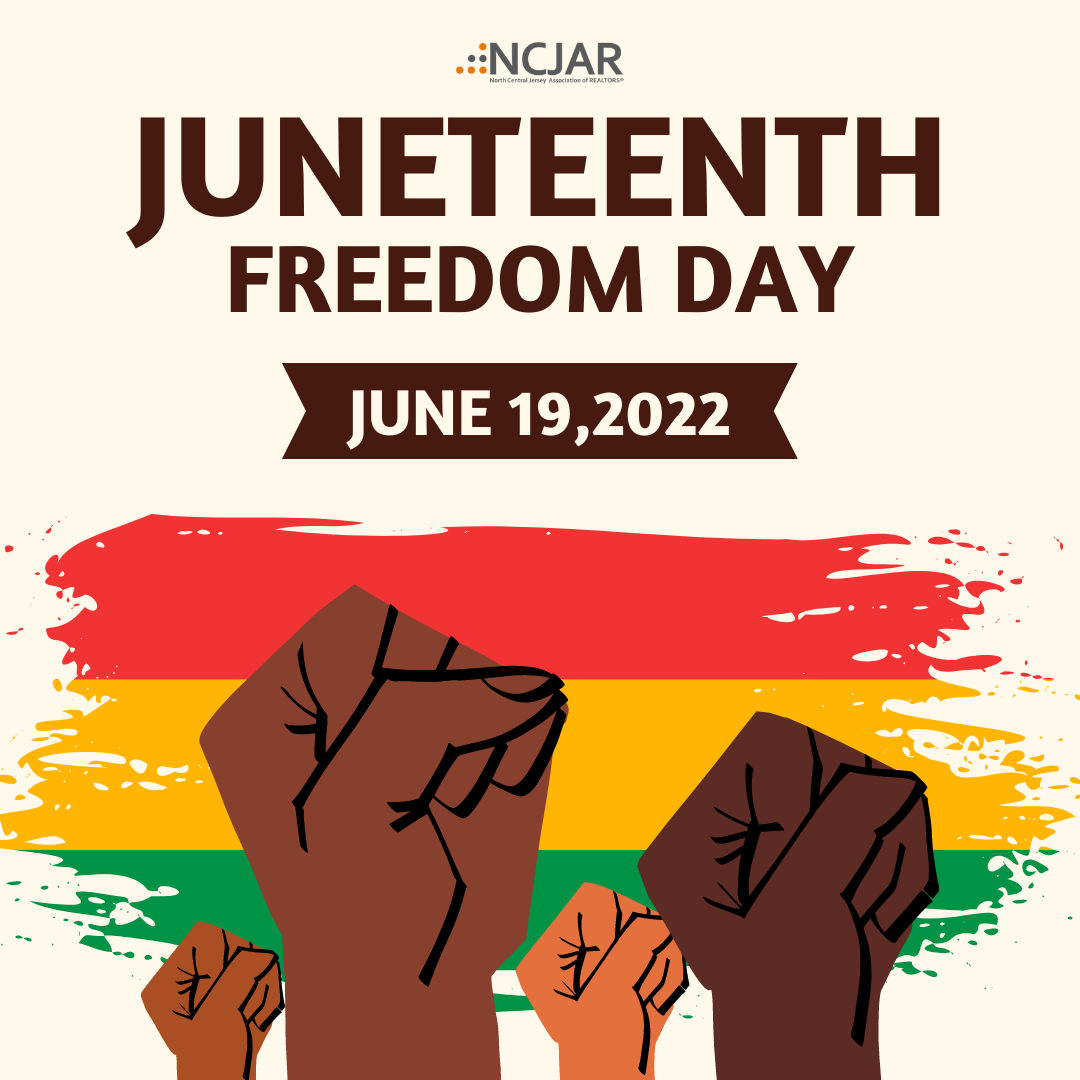 Juneteenth ("June Nineteenth") is observed annually to commemorate the end of slavery in America.

The Emancipation Proclamation did not immediately free enslaved people. Confederate proclamations only applied to the states under Confederate control and not to slave-holding Border States or rebel areas already under Union control. As a result, when Northern troops advanced into the Confederate South, many enslaved people fled behind Union lines.

NCJAR President William "Bill" Flagg stated, "It is still painful and disturbing for many Black Americans to remember slavery and bondage as part of history."

We should use this day to learn about African Americans and reflect on how we can continue celebrating them in our communities. President Flagg recommends taking a trip to the bottom two floors of the National Museum of African American History and Culture in Washington DC.

Diversity, equity, inclusion, and belonging are more than just concepts. DEI&B must be addressed as a top priority across every organization, corporation, and people's daily lives.

The cause of inequities lies in the past and present economic and social conditions. In 2022, there are still inequities in almost every area of life for African Americans despite the efforts of society to overcome prejudice and discrimination. For example, only 38.4% of black households own homes in New Jersey, compared with 75.9% of white households. Furthermore, Black New Jerseyans are 2.1 times more likely to be denied a mortgage loan compared to white New Jerseyans.

NCJAR Affiliate Patricia "Pat" Mangam shares how rewarding being an ally is and how we all should focus on engaging and educating the communities we serve.

“Educating a community about home ownership and finance is an enriching experience, whether it's a church group or a women's organization. Life is about giving back. Working outside of my community enhances my sense of knowledge and passion.”

Pat continues to share what Juneteenth means to her... "As a white woman, I understand my privilege, and I also understand that I must use it to empower others. The 19th of June reminds me of my privileges and that it is my duty to use them to lift others in the communities I serve."

Juneteenth represents another celebration of freedom, just like Independence Day.

You MUST login to be eligible for Committee Sign Up!

Please login to the site.